Men’s gymnastics is composed of six events: Floor Exercise, Pommel Horse, Still Rings, Vault, Parallel Bars, and Horizontal Bar. Our boys’ head competitive team coach, Coach John, is Alabama’s most senior and experienced boys’ coach. He has coached dozens of state champions, as well as regional champions, and has sent 9 boys to National Championships. He has also seen two of his boys compete in college. When it comes to men’s competitive gymnastics, noone else in Alabama has Coach John’s success record or his love of the sport and his love for his boys.

During levels 3-6, boys will perform specific routines designed by USA Gymnastics (USAG) to establish sound fundamental skills. While the routines are standardized, they do offer some substitution of more advanced skills for bonus points. Competitors will be judged according to their execution and style, and the individual with the greatest execution and style will score the highest. 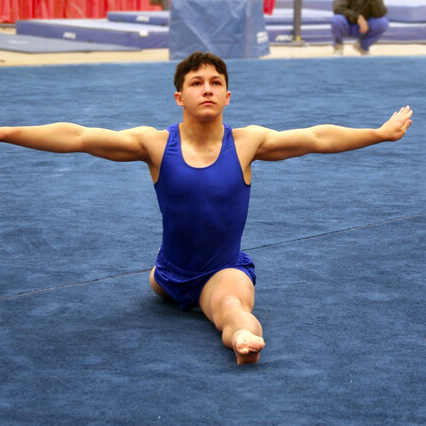